Sister Hazel and the Sliding Susan

Hollister- On a Summer Sail (Brooke)
"To Launch their Hollister collection, Abercrombie & Fitch wanted to do something more expansive than traditional TV that would tell a narrative and showcase their apparel. We suggested having their models go on a journey together and document the real story that unfolded between them. We rented a huge sailboat and hit the sea and created this documentary. Alexi Murdoch also graced us with a beachside concert." ~Andrew Ault 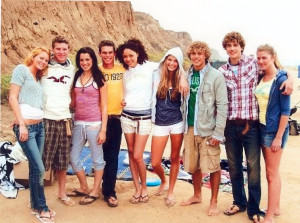 Flo Rida- How I feel (Courtney)
Flo Rida released his new single called “How I Feel”, which samples Nina Simone’s “Feeling Good” on the vocals and on the beat itself. The song is off his upcoming album The Perfect 10, which currently shows features from Carly Rae Jepsen and Pitbull. The official video was directed by Shane Drake and was shot entirely on location at Planet Hollywood Resort & Casino Las Vegas.